THE WAR IN THEIR MINDS.
GERMAN SOLDIERS AND THEIR VIOLENT PASTS IN WEST GERMANY 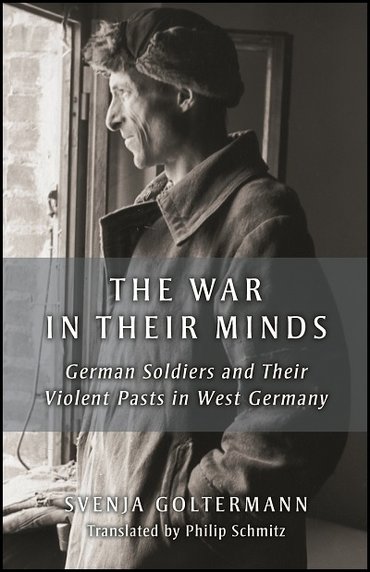 Originally published in German as Die Gesellschaft der Uberlebenden, The War in Their Minds examines hitherto unused source material—psychiatric medical files of soldiers—to make clear how difficult it was for the soldiers and their families to readjust to normal, everyday life. Goltermann allows these testimonies of violence, guilt, justification, and helplessness speak for themselves and sensitively explores how the pension claims of returning soldiers were to compete with the claims of the Holocaust victims to compensation.

“Outstanding. . . . Scholars in many historical fields will find it stimulating for its innovative work with psychiatric reports and the way it thinks about the reception of Holocaust and War in terms of expert knowledge.” ~Mark Roseman, Indiana University


"A conceptually rigorous book that begins and ends with a moral quandary: how might we create ways of recognizing the impact of mass violence on those who acquiesced, supported, or fell victim to the war and the regime responsible for unleashing it without denying, belittling, or collapsing the realms of difference between subject positions and victims groups? ~German History

The "Look Inside" feature at Amazon.com provides a generous sample.

Svenja Goltermann is Professor of Modern History at the University of Zurich.

An Attempt to Find Relief 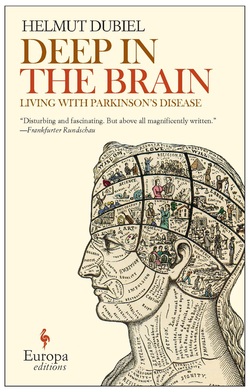 Helmut Dubiel. Tief im Hirn
At the age of forty-six, philosopher and university professor Helmut Dubiel was diagnosed with Parkinson’s Disease. In the early stages of his illness, fearing censure and ostracism, Dubiel did his utmost to conceal his condition. But when his symptoms became too obvious to camouflage, he was obliged to admit defeat and decided to undergo deep brain stimulation surgery. Following this operation, Dubiel found himself in possession of a peculiar power: with little more than the flick of a switch he was able to choose between a personality defined as irascible and maudlin, and the lucid, quick-thinking academic he had always been.
To learn more about Helmut Dubiel and this book, and to read an excerpt, click here. 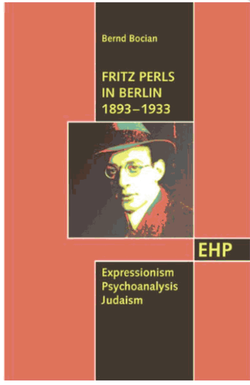 Bernd Bocian. Fritz Perls in Berlin
Using Fritz Perls as an example, this book recalls the representatives of an urban avant-garde culture who were driven out of Europe, emigrated, and for the most part found a new homeland in the USA. Many an element of the lost avant-garde spirit later found its way back to Europe in an enriched form. This monograph is the first to focus in greater depth on the German-European roots of Gestalt therapy. It thereby bridges the continents at the same time.


History is alive and well!

"Reading a history of gestalt therapy isn't standard pleasure reading for me, even though I am a passionate researcher, writer and student of gestalt therapy’s history. I typically approach historical documents by curbing my cynicism while challenging facts and sources as I develop either rebuttal or concurrence. I begin this review with a confession: diving into Fritz Perls in Berlin was not simply another review, it was a pleasure. I found myself eagerly searching for the next insight, historical detail and theoretical connection. Bernd Bocian has produced an historical  account that tells a story in the style of great historians like David McCollough, who said, "No harm's done to history by making it something someone would want to read"
Gestalt Review 16(3) 316-326, 2012. By permission of Gestalt Review.

To learn more about Bernd Bocian and this book, and to read an excerpt, click here. 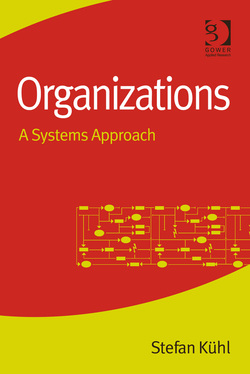 [sorry, not quite finished with this entry]

From businesses, public administrations, universities and schools, to hospitals, prisons, political parties, or the military, peoples’ lives are inextricably bound up with organizations from cradle to grave. Yet we receive little training in how - as members, customers, voters, or patients - to deal with them.

In Organizations Stefan Kühl asks and answers many questions. What are these entities that wield such strong influence in our society? What makes them tick? What are our options for intervening, either from within or without?

This book explains how organizations function by examining their three central features: their purposes or goals, their hierarchies, and their memberships. The author presents the three aspects of organizations - the display, formal, and informal aspects, explaining them in metaphorical terms as façades, machines, and games.

Acknowledging that the seminal systems theory developed by sociologist Niklas Luhmann is not easily accessible, Professor Kühl presents Luhmann’s organizational concept in a succinct and user-friendly form that will be readily grasped by a practitioner audience and provides new insights in this ambitious theory.

From the Father's Perspective 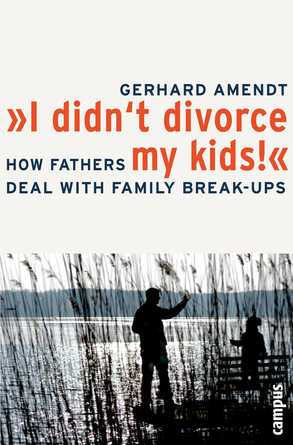 Gerhard Amendt. "I didn't divorce my kids!"
Popular culture often portrays divorced fathers as deadbeats who have little interest in caring for the emotional, physical, and financial needs of their children. In this stereotype-shattering book, Gerhard Amendt presents the neglected plight of divorced fathers who are plagued by grief and loneliness after being separated from their children. Based on surveys and in-depth interviews with thousands of such dads, Amendt reveals how fathers cope with trying to salvage their own lives while simultaneously maintaining relationships with their children after a painful divorce.


To learn more about Gerhard Amendt and this book, and to read an excerpt, click here. 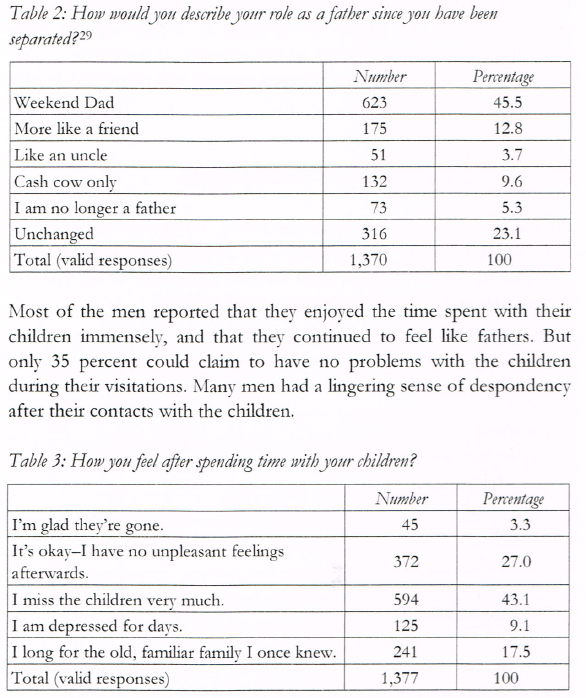 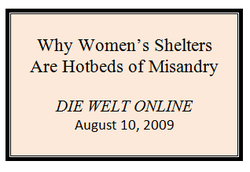 "According to Gerhard Amendt, Professor of Gender and Generation Research at the University of Bremen, representatives of the supposedly weaker sex are every bit as violent as their partners. The researcher concludes that women's shelters foster a devaluation of masculinity and should therefore be replaced by family counseling centers.”

Read my translation of the full article.

The delusion of sexism not only denies that eroticism creates and maintains relationships. It also attempts to unmask eroticism as an instrument of male domination and to replace it with the belief that men are perpetrators and women their victims, and that the sexes are bonded together solely by male dominance rather than arrangements. The ideology of sexism is intended to anchor guilt feelings in every man over his potential status as perpetartor. As a result, sexism can only be experienced by women. This ideological belief system disparages the importance of everything personal. It is therefore argued, that the ultimate goal is to defend eroticism as the most highly developed form of civilized boundary crossing in intimate relationships against condemnatory feminism.

Read my translation of the full article at New Male Studies. 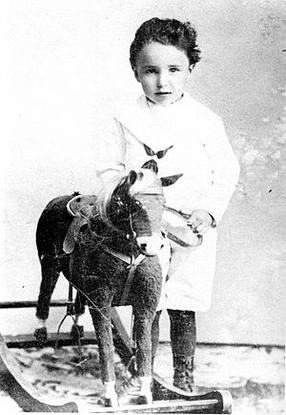 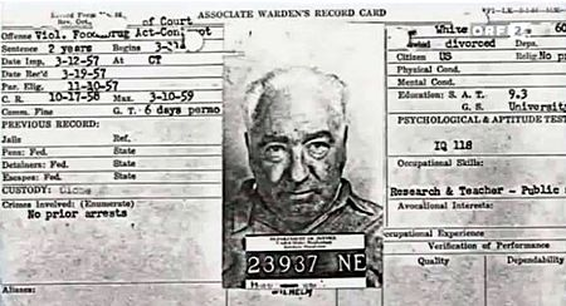 The images above are in the public domain. Nevertheless, many thanks to Wikipedia for making them available online.
"Love, work, and knowledge are the
well-springs of our life. They
should also govern it." 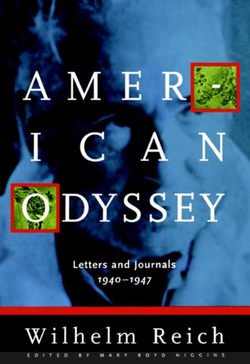 “I looked up every day from behind the bars to the Statue of Liberty in New York Harbor. Her light shone brightly into a dark night.”

With these words, Wilhelm Reich described his experience as an “enemy alien” imprisoned on Ellis Island in the aftermath of the Japanese bombing of Pearl Harbor. (jacket text)

I particularly enjoyed translating the biographical materials on Reich because they convey not only a strong sense of immense personal upheavals in his life but also of his day.

Read more about An American Odyssey

The definitive source of information on Wilhelm Reich is The Wilhelm Reich Infant Trust in Rangeley, Maine. As a first introduction, here is a brief bio from Wikipedia. 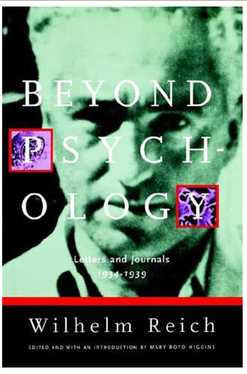 In October 1934 Reich and Elsa Lindenberg decided to move to Norway, where Harald K. Schelderup (1895–1974), professor of psychology at the University of Oslo, had invited him to lecture on character analysis. They ended up staying there for five (sometimes stormy) years.

In August 1934, without warning or explanation, Wilhelm Reich was expelled from the International Psychoanalytic Association. Political expediency and the organization’s growing adherence to Freud’s death instinct theory had prevailed over Reich’s scientific efforts to understand the functioning of what Freud had termed “libido.”  (jacket text)

The definitive source of information on Wilhelm Reich is The Wilhelm Reich Infant Trust in Rangeley, Maine. As a first introduction, here is a brief bio from Wikipedia. 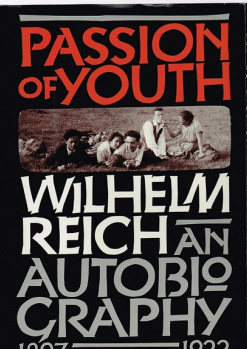 Wilhelm Reich has probably had a greater impact on contemporary therapy than anyone save Freud and Jung.
—Peter Marin, Psychology Today

When he died in 1957, Wilhelm Reich had been the most revolutionary figure in psycho-analysis and the only student of Freud’s to carry his libido theory into experimental science. Reich’s legacy includes such essential volumes as Character Analysis and The Mass Psychology of Fascism. (jacket text)

Read more about Passion of Youth

The definitive source of information on Wilhelm Reich is The Wilhelm Reich Infant Trust in Rangeley, Maine. As a brief introduction, here is a brief bio from Wikipedia.

Dedicated to the children of the future 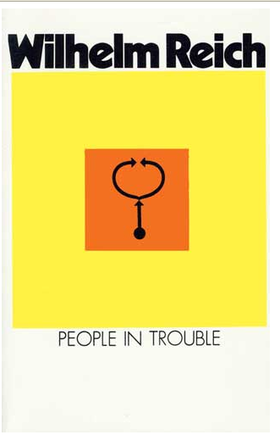 First published in 1953 as Volume II of The Emotional Plague of Mankind (Volume I was The Murder of Christ), People in Trouble is an autobiographical work in which Reich describes the development of his sociological thinking during the period 1927 to 1937. In simple narrative form he recounts his personal experiences with major social and political events and ideas, and reveals how these experiences gradually led him to an awareness of the deep significance of the human character structure in shaping and responding to the social process. People in Trouble is the story of one man’s courageous struggle to understand the social activity of his fellow men. (jacket text)


The definitive source of information on Wilhelm Reich is The Wilhelm Reich Infant Trust in Rangeley, Maine. As a first introduction, here is a brief bio from Wikipedia. 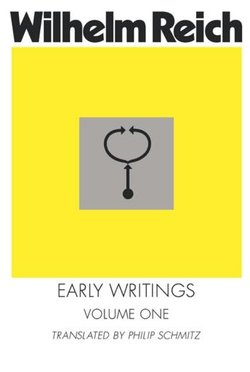 This volume marks the beginning of the publication in English of Reich’s early writings. Volume One and the collection to follow will trace his sci­entific development from the psycho­analytic study of Ibsen’s Peer Gynt, presented for membership in the Vien­na Psychoanalytic Society (1920), to the crucial discovery of the bion (1938), which initiated his work in orgone biophysics and led to the discovery of cosmic orgone energy.
(jacket text)

The definitive source of information about Wilhelm Reich is The Wilhelm Reich Infant Trust in Rangeley, Maine. As a first introduction, here is a brief bio from Wikipedia.

A number of my translations have been posted online.
Please click on Litrix.de to see further samples of my work.